Heavy! The project led by Li Jinmin of the Institute of Semiconductors of the Chinese Academy of Sciences won the first prize of the National Science and Technology Progress Award

Heavy! The project led by Li Jinmin of the Institute of Semiconductors of the Chinese Academy of Sciences won the first prize of the National Science and Technology Progress Award

On the morning of January 10, the CPC Central Committee and the State Council held the 2019 National Science and Technology Awards Conference in the Great Hall of the People. Party leaders and state leaders such as Xi Jinping, Li Keqiang, Wang Huning, and Han Zheng attended the conference and presented awards to the winners. Xi Jinping presented the award to the top prize winner. 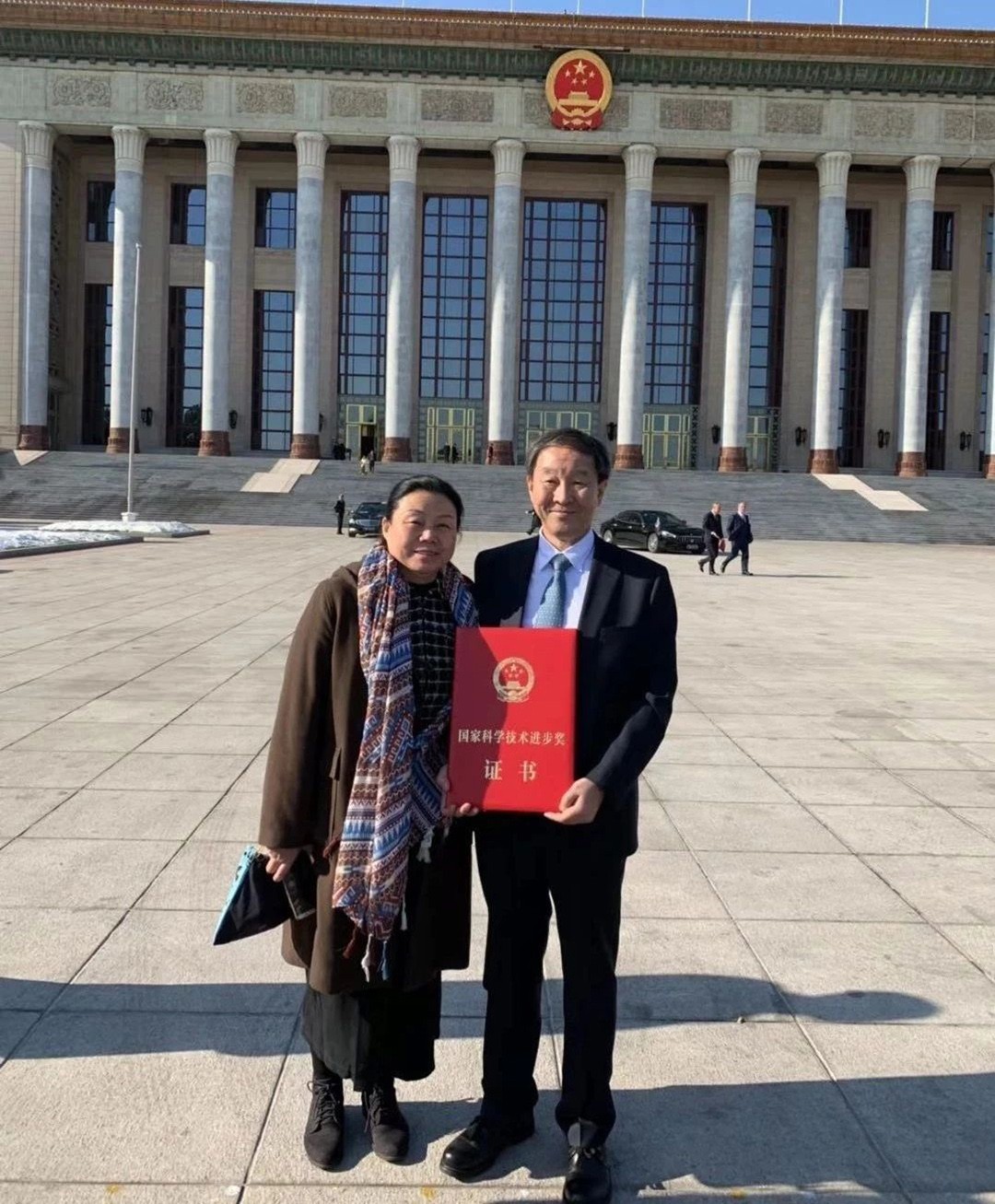 At the conference, the "Key Technology and Industrialization of High-Light-Efficiency and Long-Life Semiconductor Lighting" project led by Researcher Li Jinmin led by the Institute of Semiconductors of the Chinese Academy of Sciences won the first prize of the National Science and Technology Progress Award and became the semiconductor lighting industry. A great honor, with a landmark significance. 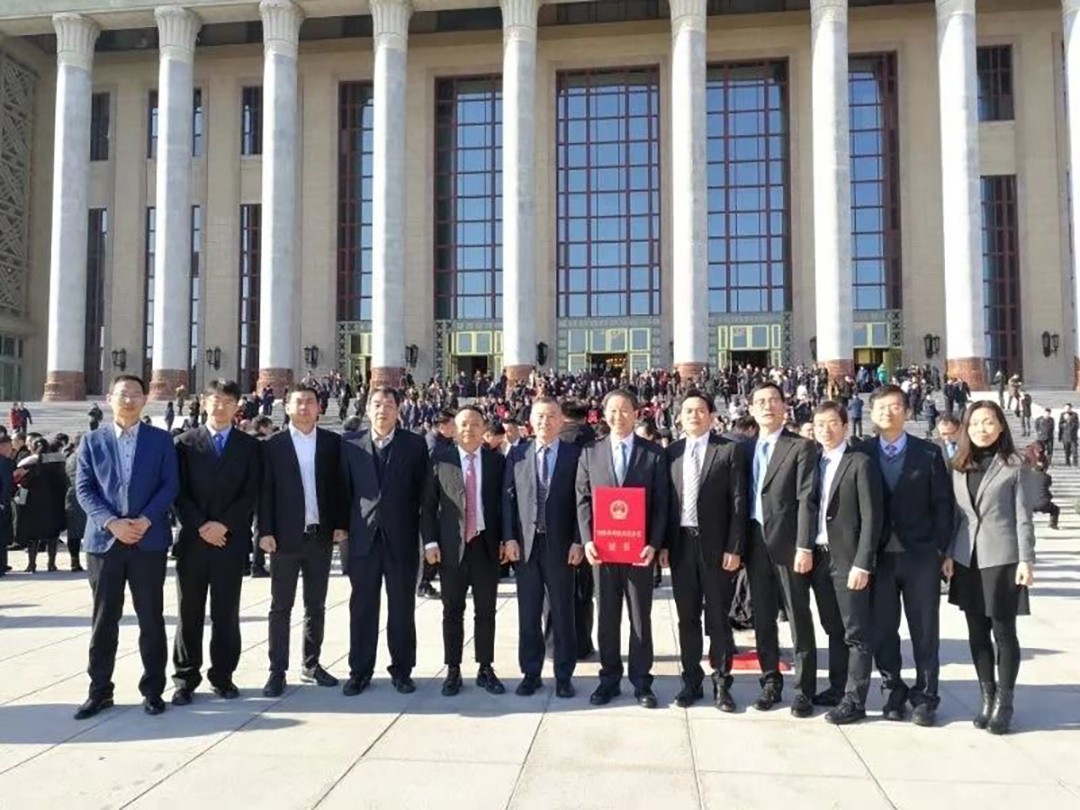 What is the project that won the first prize of the National Science and Technology Progress Award? According to the project participants, the "Key Technology and Industrialization Project for High-Efficiency Long-Life Semiconductor Lighting" is a core technical problem for semiconductor lighting products such as photoelectric conversion efficiency and long-term operational reliability. From semiconductor lighting materials, chips, packages, modules, and The application of the full chain to carry out joint technology research and development to form a complete set of high-efficiency and long-life semiconductor lighting with independent intellectual property rights has achieved the world's largest industrialization of LED chip technology and the localization of core devices, and has been held in the Great Hall of the People and APEC meetings It has taken the lead in carrying out large-scale popularization and application in many important scenarios including national offices, energy-saving renovation of the “Ten Cities and Ten Thousand Cities”, Beijing Olympic Games, Harbin Ice and Snow World.

The next-generation semiconductor lighting source with nitride-based light-emitting diodes (LEDs) as the core device has the characteristics of high efficiency, energy saving, and environmental protection. It is one of the most promising high-tech industries in the world. With the further implementation of the Minamata Convention's mercury-containing energy-saving lamp restriction plan, semiconductor lighting will show explosive growth due to its irreplaceability. In the early stages of industrial development, core technologies were monopolized by European, American, and Japanese companies, and chip products were heavily dependent on imports.

It is understood that the project is facing international problems such as low efficiency of electro-optical conversion of semiconductor lighting products, poor long-term reliability, and lack of standards. With the continuous support of national science and technology plans such as the National 863, 973, and International Cooperation Program, the project lasted more than ten years. Fundamental research on semiconductor materials, research on the full-chain technology of semiconductor lighting materials, chips, packages, modules and light sources, formed a complete independent intellectual property rights, developed the world's leading semiconductor lighting devices and light sources, and realized the full-chain technology industry Promotion, and formed many innovative achievements.

Among them, in order to solve the problem of low electro-optical conversion efficiency of LED chips, reveal the physical mechanism of the LED chip's Droop effect under different current densities, and propose solutions; propose a p-type doping method for defect resonance states, and p-type gallium nitride (GaN) resistors. The rate is 0.136Ω • ㎝, laying a theoretical foundation for the technological development of high-power LED chips. The industrial epitaxial technology of PVD AlN buffer layer was proposed, and the chip light extraction technology was invented to realize the mass production of LED chips with the light efficiency of 252lm / W and the world's largest epitaxial chip.

Aiming at the problem of poor long-term reliability of LEDs, the invention of the electrical injection control technology of doped ITO transparent conductive film and embedded current blocking layer was invented to solve the problems of aging pressure rise and electrode failure of the LED chip; and an ultra-low thermal resistance package that simplified the thermal conduction interface Structure and thermal channel management technology, reducing the thermal resistance of the device to 1.89K / W. The device has passed the reliability test at 85 ° C for 6000 hours, and the light attenuation is less than 2%. The direct optical coupling technology based on silicone lenses is used to achieve a lifetime of 60,000 hours. LED light source module.

Comparison of technical indicators with domestic and foreign counterparts

At the same time, as the project has achieved a series of innovations in intellectual property and product standards, and has achieved large-scale industrialization and promotion and application, it has promoted the independent and controllable localization process of the entire chain technology of China's semiconductor lighting strategic emerging industry, China's technology progress and transformation from traditional lighting to semiconductor lighting industry, forming the world's largest production base of LED lighting products.

"This project technology has realized the industrialization promotion and application of the full-chain technology of high-performance LED materials, chips, packages, modules and light sources."

Project participants stated that in terms of outdoor functional lighting, the technology of this project solved the problems of large power consumption and short life of traditional street lamps, and was applied to major projects such as “ten cities and ten thousand lights”, and Guangzhou-Shenzhen expressway reconstruction. The first highway, which was all retrofitted with LEDs, refreshed the industry's top five, with a power saving rate of 70%. High-reliability LED devices are innovatively applied to the Harbin Ice and Snow World lighting project, completely solving the problem of mercury pollution from traditional light sources, winning the first prize of the first snow and ice landscape lighting design, and pioneering the application of LEDs in low-temperature extreme environments, leading the formulation International standards for LED lighting products that meet the performance requirements of cold regions provide support for the application of China's semiconductor lighting products in global extreme environmental regions.

Economic and social benefits are important aspects of measuring technology. The project breaks through the key technology of autonomous and controllable high-light-efficiency and long-life semiconductor lighting throughout the chain, supporting the continuous improvement of LED product performance through technological innovation, and realizing the world's largest industrialization and expansion of LED chips. The application field of LED light source, and realize the large-scale export of high-quality products, improve the industry's international competitiveness.

Data show that in the past three years, the unit completed by the project has added 45.11 billion yuan in sales and 8.46 billion yuan in new profits. Technological innovation has promoted the project to realize the world's largest chip industrialization: the project completion unit accounts for 32% of the domestic market and 22% of the global share. The LED chips and application products were exported to many countries in Europe and the United States, and the self-developed semiconductor lighting chips replaced the imports, which promoted the substantial price reduction and large-scale promotion and application of semiconductor lighting terminal products. The economic benefits and energy saving and emission reduction effects were significant, supporting the national economy Green and sustainable development.

It is understood that the project results have led to a four-fold increase in the efficiency of China's LED chips and a significant price reduction. The unit completed by the project can achieve an annual production scale equivalent to 40 million two-inch LED epitaxial chips. Considering the factor of 4 times the efficiency, the cumulative cost savings can exceed 330 billion yuan. A comprehensive consideration of the improvement of packaging technology, the long life of LED products and the reduction in maintenance costs and standardization costs brought about by standardization can save semiconductor lighting terminal products more than one trillion yuan in costs.

The key technologies of high-efficiency and long-life LED semiconductor lighting support the national strategy of energy conservation and emission reduction. The results of this project have effectively reduced the energy consumption of lighting products and reduced environmental pollution. The project achievement has achieved more than 180 billion kWh of power saved by semiconductor lighting. According to the carbon dioxide emission coefficient of thermal power of 0.8kg-CO2 / kWh, the total carbon emissions have been reduced by more than 140 million tons, supporting the sustainable development of the national economy.

In addition, a new generation of environmentally friendly semiconductor lighting sources reduces mercury emissions during use. According to the national standard "Groundwater Quality Standards", 3 milligrams of mercury can pollute 60 tons of natural water. By replacing fluorescent lamps, energy-saving lamps and other mercury-containing lamps on a large scale, the pollution of mercury to the ecological environment can be reduced. Taking the Harbin Ice and Snow World demonstration application as an example, the project results have been applied since 2009, replacing an average of 200,000 lamps each year, reducing cumulative mercury emissions by more than 36 kg, and avoiding 720 million tons of natural water pollution in the Songhua River Basin.

Talent is an important force for industrial development. The project's full-chain technology research has promoted the technological progress of the third-generation semiconductor industry in China and cultivated high-end technical talents for the country's strategic emerging industries. The data shows that more than 2,000 high-end key technical personnel have been trained, covering R & D, production, and engineering systems, forming a talent echelon, which has laid a foundation for talents and industry for the leap-forward development of China's semiconductor industry.

Technology changes life. When technology approaches the masses, it will exert huge economic and social benefits. Judging from the project results, the overall cost of light source lighting has been reduced, and the improvement of people's material and spiritual lives has been met. The technological advancement of this project has led to a significant drop in prices. The new generation of semi-conducting lighting sources has entered millions of households with significant features such as high efficiency and energy saving, high light quality, long life, and design control in accordance with the overall environmental requirements. The need for safe and healthy light sources has driven a series of new and innovative applications. Accelerating the progress of semiconductor lighting technology and promoting the upgrading of China's lighting industry.