Yongfeng Village is located in Nanxiang Town, Jiading District, Shanghai. It is a grassroots organization that withdraws two and merges into one organization. It is located at the north gate of Nanxiang Town, adjacent to Jinghua Village to the east, Wanzaobang to the north, and Yongle Village to the south. The Huyi Highway runs from the north to the south of the village, and is only 2 kilometers away from the Nanxiangkou of the Hujia Expressway and the Nanxiang Station on the Shanghai-Nanjing Line. The water and land transportation is convenient and the environment is good. The village level has a total area of 4,300 mu of arable land, a total population of 3,810 people, distributed in 26 villager groups and 1,180 villager families.

In order to respond to the national new rural construction call and improve the rural living environment, the Nanxiang Town Government decided to install solar street lights on all roads in Yongfeng Village to improve the quality of life of the villagers and strengthen safety management. Our company's DST2 series of solar street lights, after nearly three months of testing, reached the unanimous approval of the village leaders. So it was decided to purchase 50 sets of CHZ-DST2-4030 all in two solar street light for installation in the first batch. 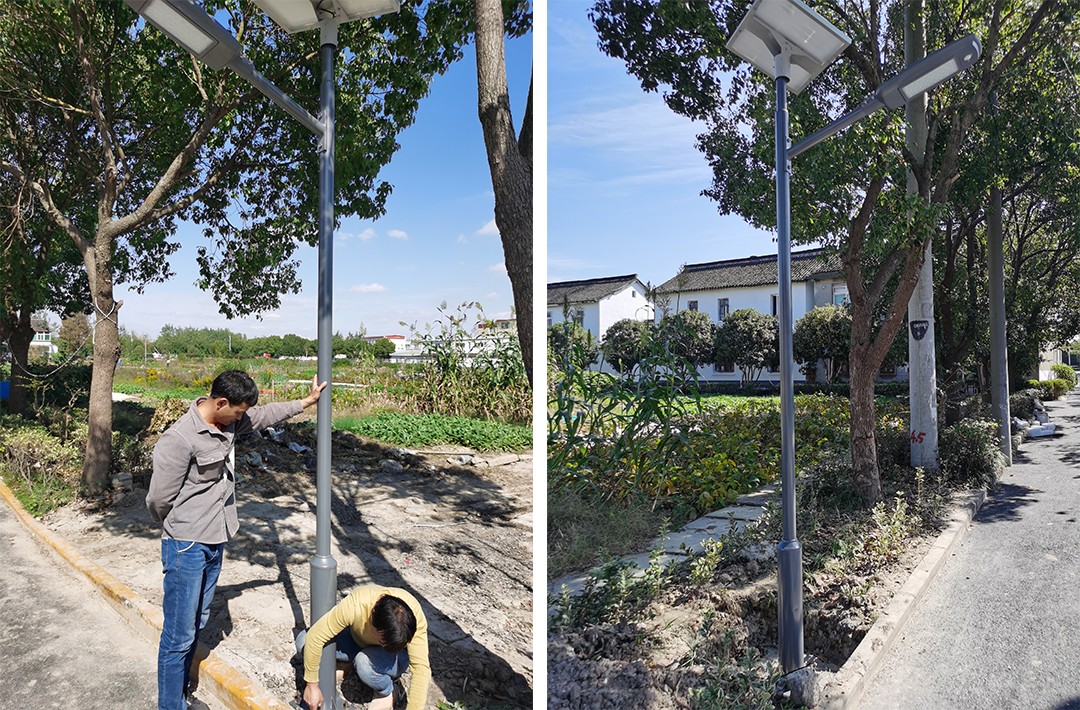 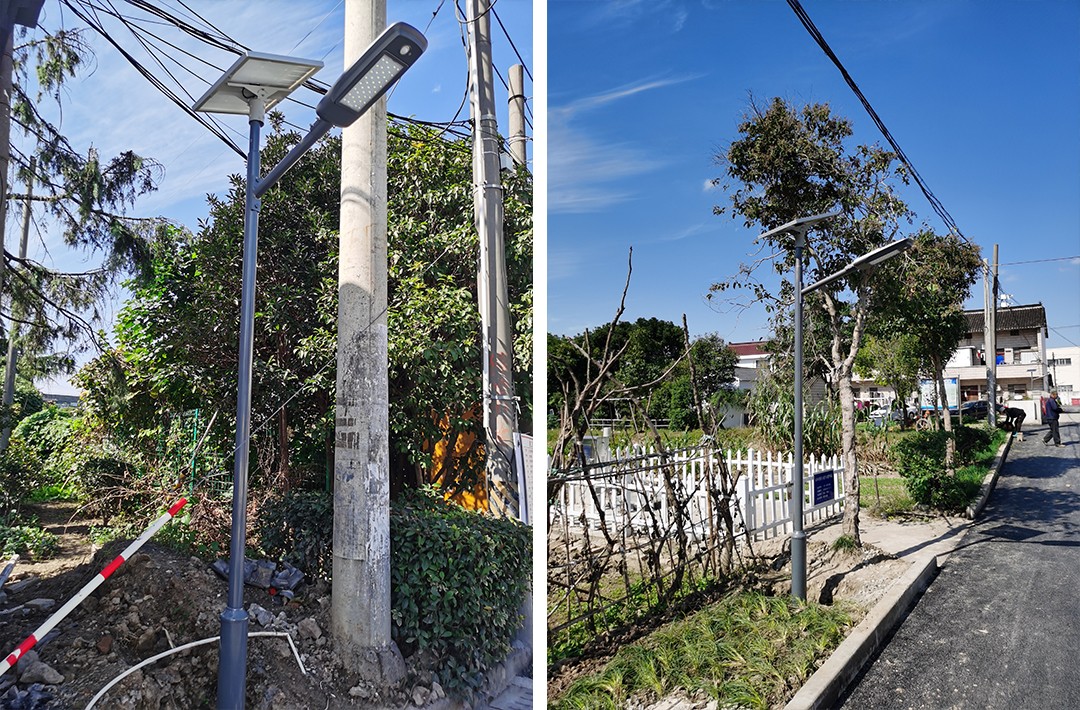 After nearly 3 days of installation, all 50 sets of solar street lights all in two were installed in place, and the effect was very good. 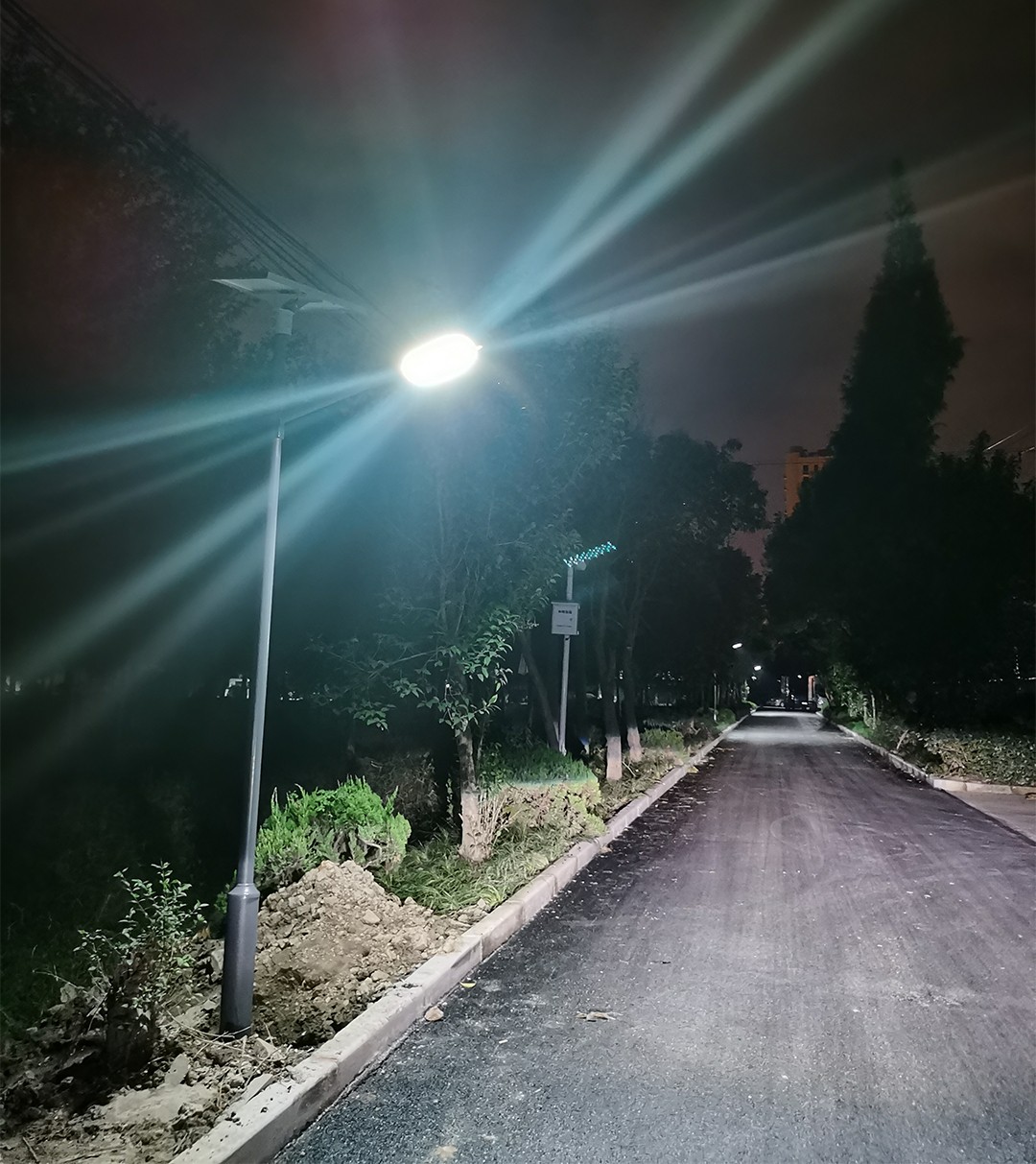 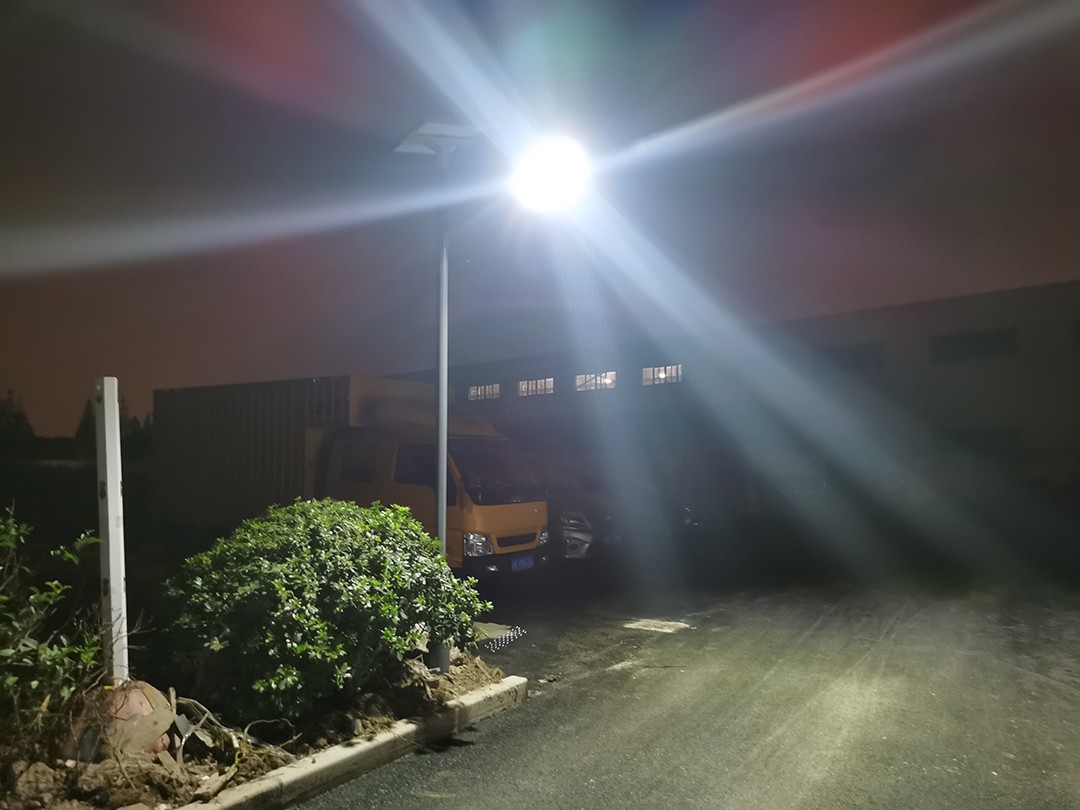 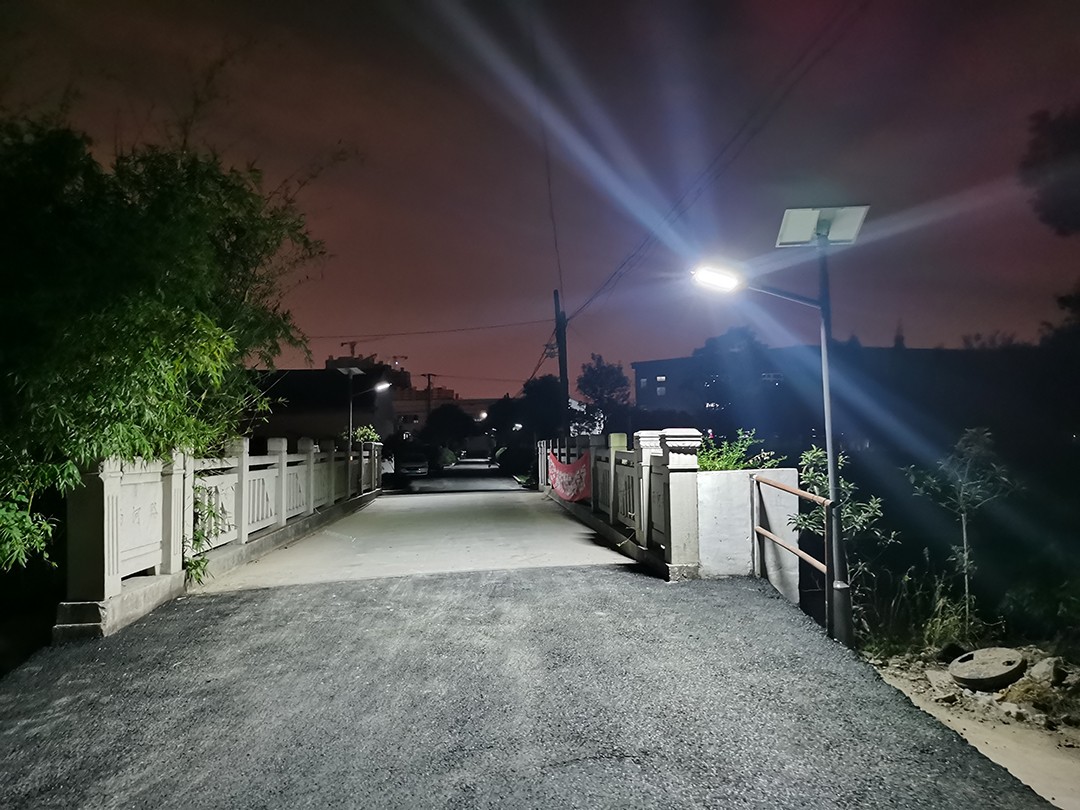 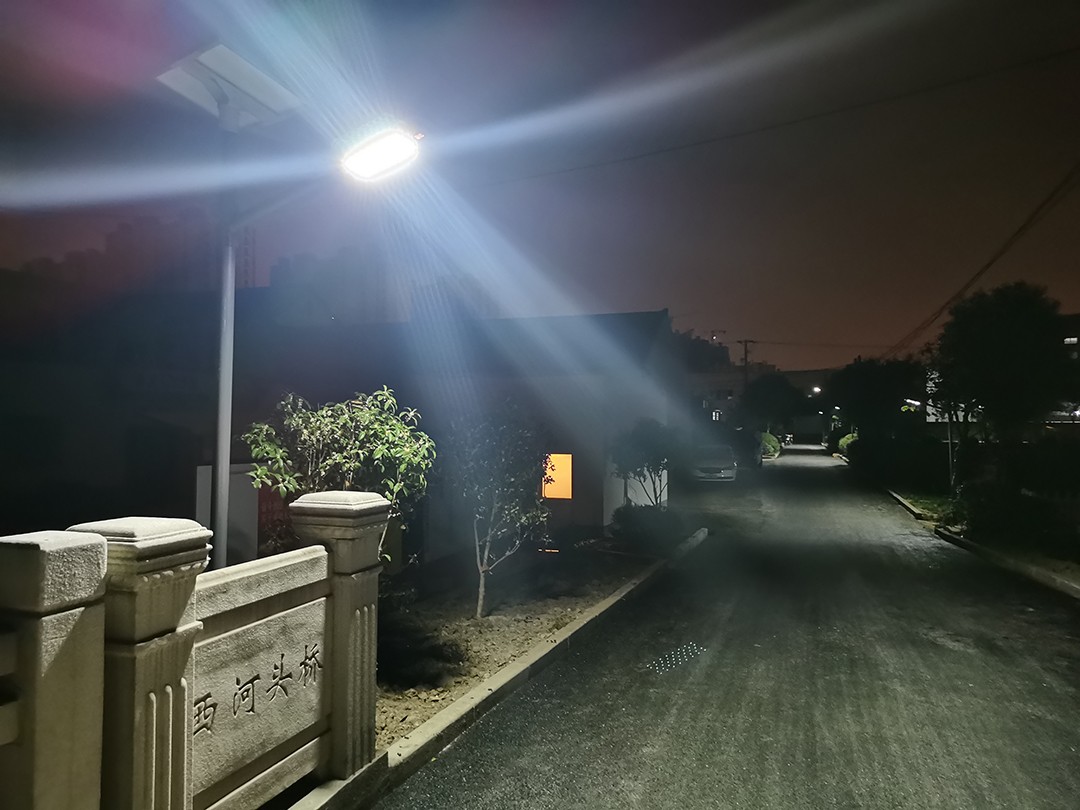 The height of the lamp pole is 3.5 meters, the power of the light source is 30W, and the road is distributed on one side. After testing, the maximum illuminance reaches 38.9LX, and the minimum illuminance is 17.6LX. After multiple sets of test data calculations, it is obtained that the average illuminance on the ground reaches 28.1LX, and the uniformity reaches 0.62. Suddenly, the previously dark roads became very bright, and the villagers no longer had to worry about safety when walking at night, and everyone was very happy. 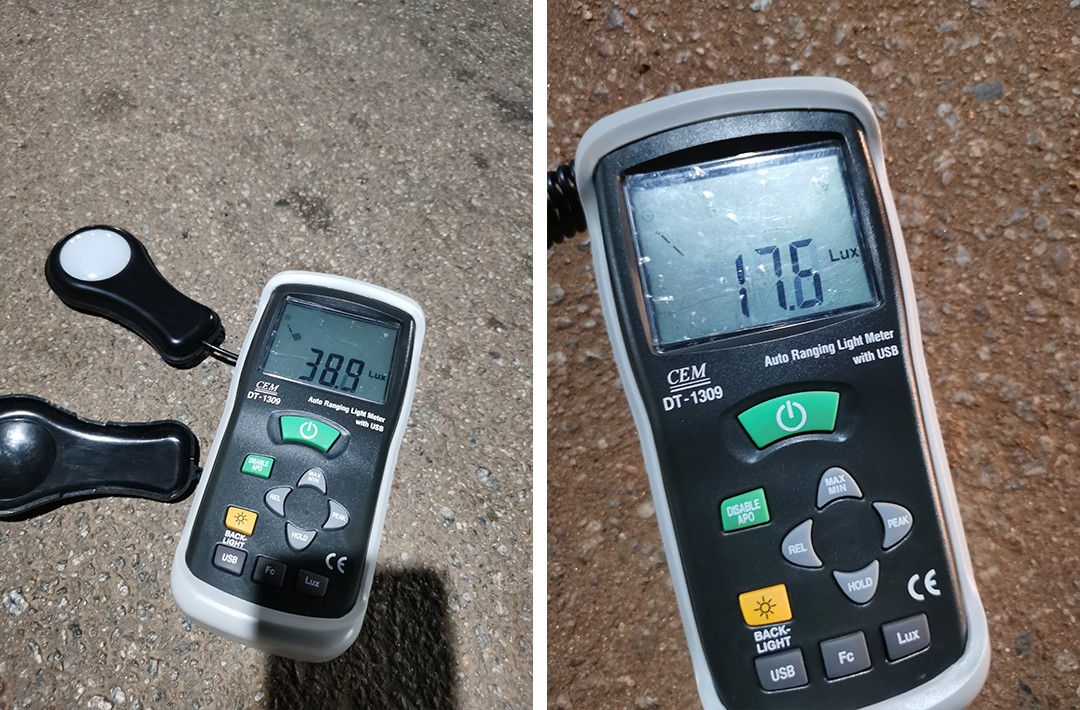 At the same time, this series of solar street lights are equipped with infrared sensors. When pedestrians or vehicles pass by, the brightness is 100%; when no one or vehicles pass by, the brightness is automatically reduced to below 50%, which can be adjusted by itself. In this way, the lighting time is greatly extended. In this way, for Shanghai, a city that is not very sunny, especially during the rainy season from July to August, the infrared sensor function is even more important. After 7 days a week of observation, cloudy and cloudy weather, the set lighting time is 12 hours/day, and the lighting time lasted for 8 days. The overall effect passed the inspection and acceptance of the village committee leaders at one time and was highly praised.