What causes the damage of the LED street light drive？

What causes the damage of the LED street light drive？

As a key component of LED street lamps, the quality of LED drivers directly affects the reliability and stability of the overall lamps. If the LED street lamp driver is damaged, it will lead to low efficiency of the lamp and even unstable operation.

So what can cause damage to the LED street lamp driver? We roughly have the following analysis:

The driving circuit is composed of electronic components, and a few components are very sensitive to temperature. Such as electrolytic capacitors, the prevailing formula for estimating the life of electrolytic capacitors is "every 10 degrees lower in temperature, the life will double". Poor heat dissipation may greatly shorten its life and premature failure, leading to LED voltage failure and lamp failure. Especially for the built-in power supply (the power supply placed in the whole lamp), a power supply with a large amount of heat will increase the heat conduction and heat dissipation pressure of the whole lamp, the temperature of the LED will increase, and its light efficiency and lifespan will be greatly reduced. Therefore, when designing the LED power supply, it should pay attention to its own heat dissipation problem. Therefore, the above problems can be solved by carrying out the evaluation at the beginning of the design of the lamp and the design of the power supply simultaneously. In the design, it is necessary to comprehensively consider the heat dissipation of the LED and the power supply, and control the heating of the lamp as a whole, so that a better lamp can be designed.

(1) Power design. Although the LED has high luminous efficiency, there is still 80%-85% heat loss, resulting in a temperature rise of 20-30K inside the lamp. If the room temperature is 25℃, the inside of the lamp will be 45-55℃. The power supply is in a high temperature environment for a long time. In order to ensure the service life, the power margin must be increased. Generally, a margin of 1.5 to 2 times is retained.

(4) PCB layout design. The size of the LED lamps reserved for the power supply is small (unless the power supply is external), so the PCB design requirements are higher, and there are more factors to be considered. The safety distance must be sufficient, and the power supply that requires input and output isolation, the primary circuit and the secondary circuit require a withstand voltage of 1500 ~ 2500 VAC, and a distance of at least 3 mm must be left on the PCB. If it is a lamp with a metal shell, the layout of the entire power supply should also consider the safe distance between the high-voltage part and the shell. If there is no space to ensure a safe distance, other measures must be used to ensure insulation, such as punching holes in the PCB, adding insulating paper, and potting insulating glue. In addition, the layout of the board should also consider the heat balance, and the heating elements should be evenly distributed and cannot be placed in a concentrated manner to avoid local temperature rise. Keep the electrolytic capacitor away from the heat source to slow down the aging and prolong the service life.

The surge impact formed by lightning strikes is a kind of transient wave, which belongs to transient interference, which can be a surge voltage or a surge current. Along power lines or other paths (conducted lightning) or through electromagnetic fields (inductive lightning) and transmitted to the power line. Its waveform is characterized by a rapid rise first and then a slow fall. This phenomenon will have a fatal impact on the power supply. The instant surge impact it produces far exceeds the electrical stress of ordinary electronic devices, and the direct result is the damage of the electronic components.

When the grid branch wiring of the same transformer is too long and there are large-scale power equipment in the branch, when the large-scale equipment starts and stops, the grid voltage will fluctuate sharply, and even cause the grid to be unstable. When the instantaneous voltage of the grid exceeds 310 VAC, the drive may be damaged (even if there is a lightning protection device, it is invalid, because the lightning protection device is to deal with pulse spikes of tens of microseconds, and the grid fluctuation may reach tens of milliseconds, or even hundreds of milliseconds) . Therefore, special attention should be paid when there are large electrical machinery on the street lighting branch power grid. It is best to monitor the fluctuation range of the power grid or use a separate grid transformer to supply power.

Power packaging mainly involves the connection process between the PCB board and the components, in which solder joints play an important role. The main function of solder joints is to realize the mechanical and electrical connection between electronic components and the substrate (PCB board in the LED power supply). The quality of solder joints seriously affects the reliability of the device. On the one hand, solder joint failure comes from soldering faults in production and assembly, such as solder bridging, virtual soldering, voids, and Manhattan phenomenon. On the other hand, during the service process, when the ambient temperature changes, due to the difference in thermal expansion coefficient between the components and the PCB board, thermal stress is generated in the solder joints. Periodic changes in the stress will cause fatigue damage to the solder joints and ultimately lead to fatigue. Invalidate. 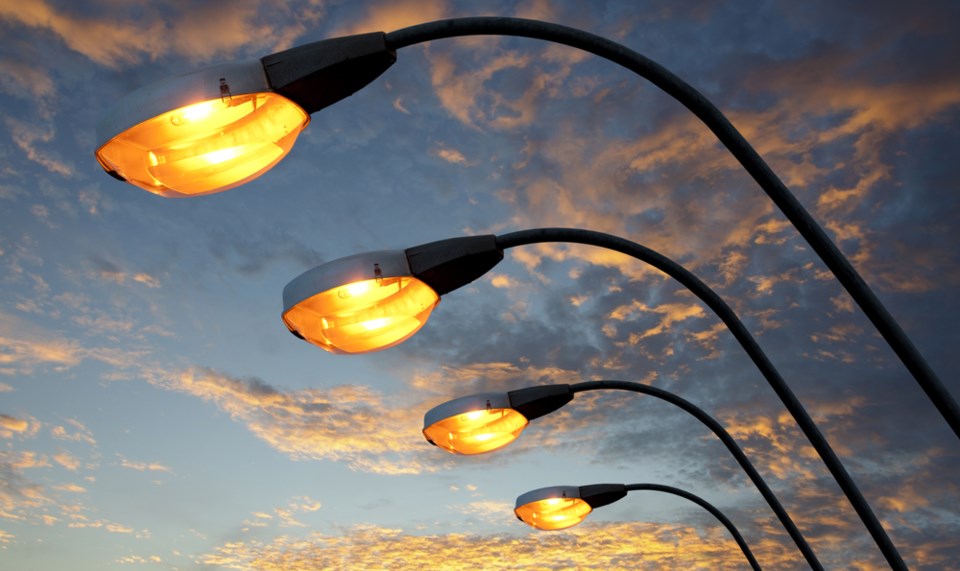 In order to solve the problems of high failure rate and difficult maintenance of LED driving power supply, through the analysis of LED lighting principle and power demand, combined with the current actual application situation, we try to adopt low-voltage DC power supply mode in LED road lighting. DC power supply not only reduces the failure rate of LED drive power, but also reduces the safety risks of road lighting, and provides convenience for future electric vehicle charging.

With the continuous development of light-emitting diode (LED) technology, LED lighting has gradually expanded from indoor to outdoor. The reason for the slow promotion of LED in the field of road lighting is the high power of road lighting and the harsh operating environment. After a period of tracking and testing of high-power LED street lamps, some LED lamps have failed one after another. Through the analysis of the failure, we found that the LED drive power supply damage accounted for as high as 90%. Although the theoretical service life of LED street lamps is as long as 50,000 hours (13.7 years), the service life of its driving circuit is relatively short, about 12,000 hours (3 years). Drive power has become a shortcoming restricting the service life of LED street lights. At the same time, due to the lack of uniform standards for LED drive power supplies that match the LED particles, the drive power output interfaces produced by various suppliers are not uniform, and the quality is uneven, which brings inconvenience to the maintenance of LED street lights, and the cost of replacing the drive power supply is high.

1. The requirements of LED particles for power supply

In order to solve the problem of LED power supply, we need to understand the basic working principle of LED particles and their power supply requirements.

The LED lamps currently used in road lighting have an overall light-emitting structure, including two parts: an LED light source and a power source. The LED light source is a combination of a certain number of high-power LED particles (first in series and then in parallel) into a whole light-emitting chip. A single LED is actually a diode. When a certain forward voltage is applied across the diode to excite the P-N junction to conduct current, the LED can emit light. The nominal voltage of a single LED is 3.4V±0.2V (the actual working voltage is about 2.8~3.8V). Working current is related to power and brightness, and LEDs of different powers have different currents. Generally speaking, the higher the power, the higher the current, the more light will be emitted. The high-power 1W LED particles used in road lighting have a nominal current of 350mA.

Through the structural analysis of the actual LED lamps, we can clearly see that a certain number of LED particles are connected in series to obtain an LED string with a working voltage of 40.8V±2.4V, and then these LED strings are connected in parallel to obtain one LED lamps with a working current of 3.5A. Calculating the loss, the lamp’s power requirement is 48V/3.5A.

The existing street lamp power supply line is 220V alternating current, and three steps of voltage reduction, rectification, and current stabilization must be carried out to provide a stable low-voltage DC power supply for LED lamps. First, the 220V AC power is stepped down into 48V low-voltage AC power, and then the low-voltage AC power is converted into low-voltage DC power by bridge rectification, and then converted into a constant current source by a high-efficiency switching regulator to provide constant current for the LED particles. Current.

In order to reduce the chip failure rate, most manufacturers choose the combination of fewer strings and more parallel. The voltage requirements of existing LED lamps are mostly 48V. Each LED lamp may have slightly different power supply voltage and current requirements. In actual applications, it should be based on the overall Choose a suitable driving power for the voltage and curren