What Is The Differences Of Outdoor Led Flood Lights And Spot Lights?

What Is The Differences Of Outdoor Led Flood Lights And Spot Lights?

1. The first difference between led floodlights and spot lights is reflected in the visual effects of lighting, but also in the use of floodlights and floodlights. The difference between floodlights and spot lights is that floodlights cannot be built too much, so the visual effect will appear dull and dull. In the production, pay more attention to the lighting parameters and the effect of light perception on the entire rendering scene. The matters needing attention for the spot lights are: the most accurate beam, high-purity aluminum reflector, the best reflection effect, symmetrical narrow-angle, wide-angle, and asymmetrical light distribution system. The floodlight fixtures are equipped with scale plates for easy adjustment. Illumination angle.

2. The second difference between floodlights and spot lights is reflected in the range of illumination between the two. Spot lights are also called floodlights, spotlights, spotlights, etc. They are mainly used for architectural decoration lighting and commercial space lighting. Sexual ingredients are heavier, and there are more styles in styling design. Floodlight is a point light source that can evenly illuminate all places in all directions, and its illumination range can be adjusted arbitrarily. Standard floodlights can be used to illuminate the entire scene. So the difference between the two is quite big.

Spot lights are lamps that specify that the illuminance on the illuminated surface is higher than that of the surrounding environment. Also known as spotlight. Generally, it can aim in any direction and has a structure that is not affected by climatic conditions. It is mainly used for large-area operation sites and mines, building outlines, stadiums, overpasses, monuments, parks and flower beds, etc. Floodlight, English name.

LED Floodlight is a point light source that can evenly illuminate in all directions. Its illumination range can be adjusted arbitrarily, and it appears as a regular octahedron icon in the scene. Floodlights are the most widely used light source in the production of renderings. Standard floodlights are used to illuminate the entire scene.

Through the above understanding, I believe CHZ Lighting have a certain understanding of floodlights and spotlights. To be honest, light is very important to us. Sometimes we misunderstand certain objects because of the difference in light intensity. Some objects are a color under strong light, and some objects are under weak light. It's another color. Light will also have an impact on some creatures. Some insects have phototaxis. When the light is present, they will escape from this place, so the light is still very magical. 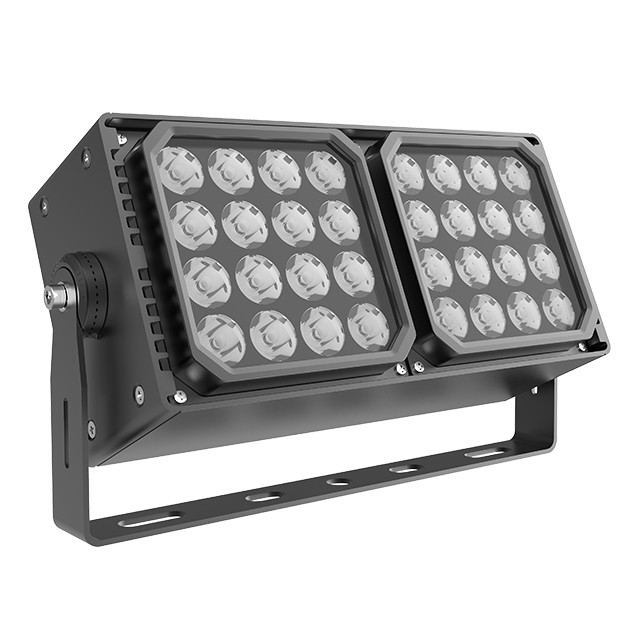