Reconstruction began in the 1900s following the sudden outbreak of the plague. At that time, the construction of the British East African Colony began, and Nairobi became a colonial town. In 1907, the British East African Colony made Nairobi the capital. After independence in Kenya in 1963, it continued to be used as the capital. The headquarters of UNHABITAT and UNEP are both located in Nairobi. The Eastern and Southern Africa Office of the International Civil Aviation organization (ICAO) is located in this city. Nairobi is also one of Africa's leading, stylish and modern cities.

In August 2019, our local customers won the street light project through bidding and purchased more than 300 sets of ST29-150W and GD29-60W courtyard lights to replace the high-pressure sodium lamps at Nairobi Airport.

The previously installed 250W and 400W high pressure sodium lamps have been in disrepair for many years, resulting in most of the lamps not turning on, and the ground illumination is very low; so the owner intends to replace them with LED lights uniformly. As Nairobi Airport is an iconic building and an international window, our company attaches great importance to the project. In the early stage of the project implementation, our company sent technicians to the site for preliminary preparation and technical guidance. 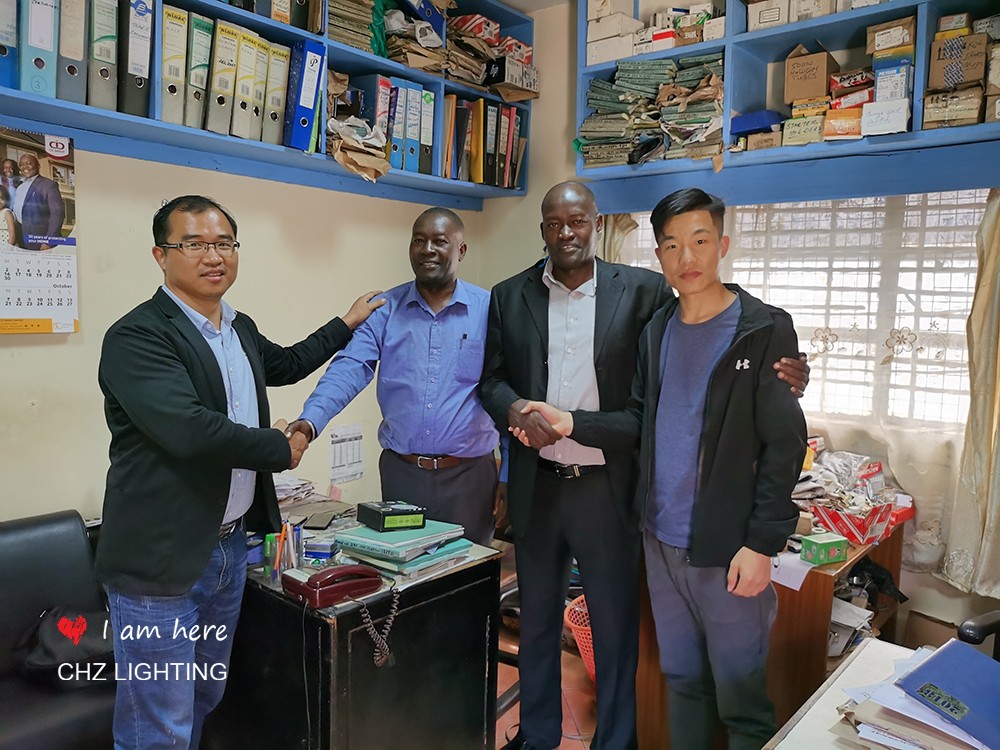 With the joint efforts of local distributors, airport owners and our engineers, it took nearly 15 days to complete the replacement of all street lights and courtyard lights in the airport area. After calculation, the energy saving is 50%, and the illuminance is increased by more than 40%. The airport owners feel very satisfied with the overall effect, the whole airport feels completely new, and the grade is greatly improved. 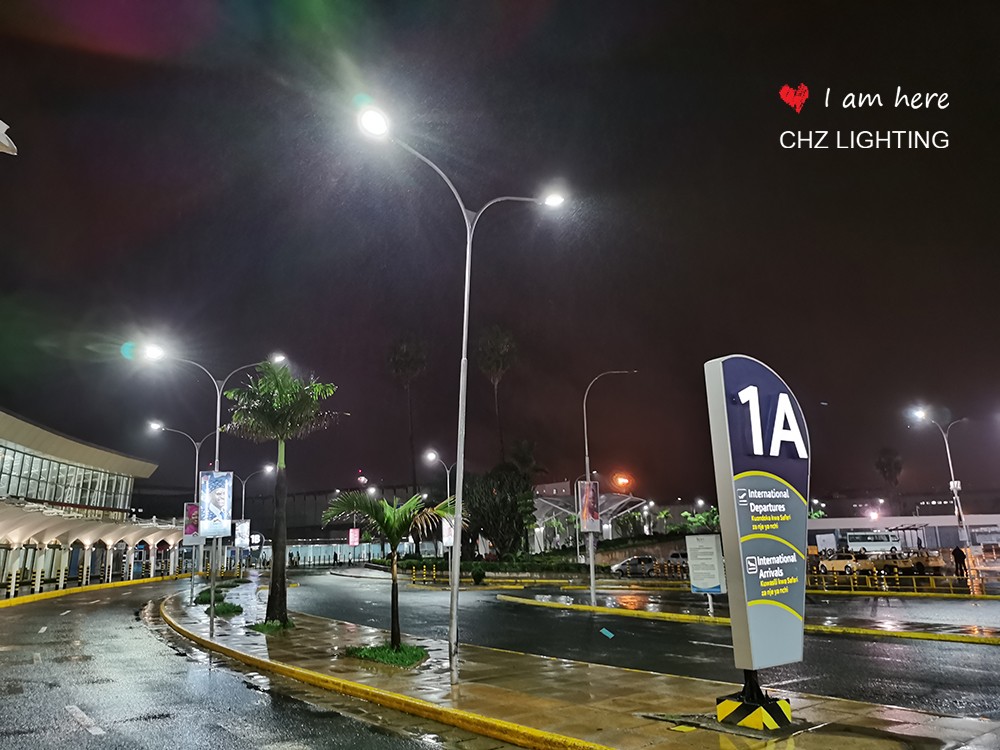 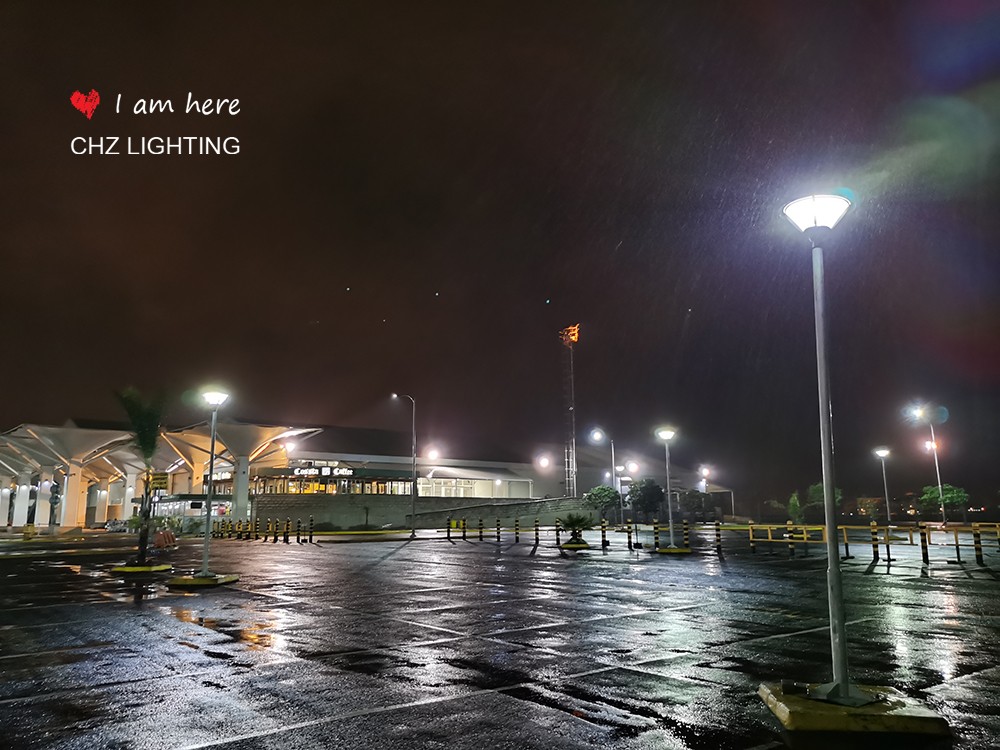 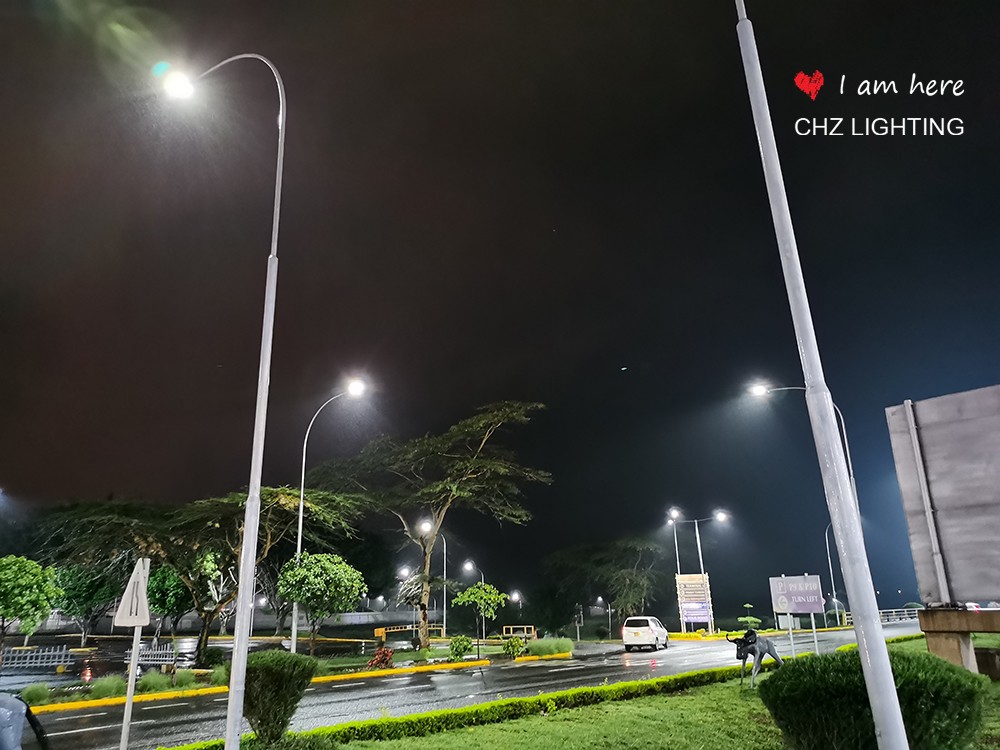 After the project, Mr. Zaka (the second from the right), the person in charge of the airport, and Mr. Suleiman (the third from the right), our local distributor, conducted close communication and discussion with us. Take a group photo with us, and hope to strengthen the cooperation, apply the high-quality lighting products of CHZ LIGHTING to the Kenyan market, improve the local lighting environment, and benefit the general public. 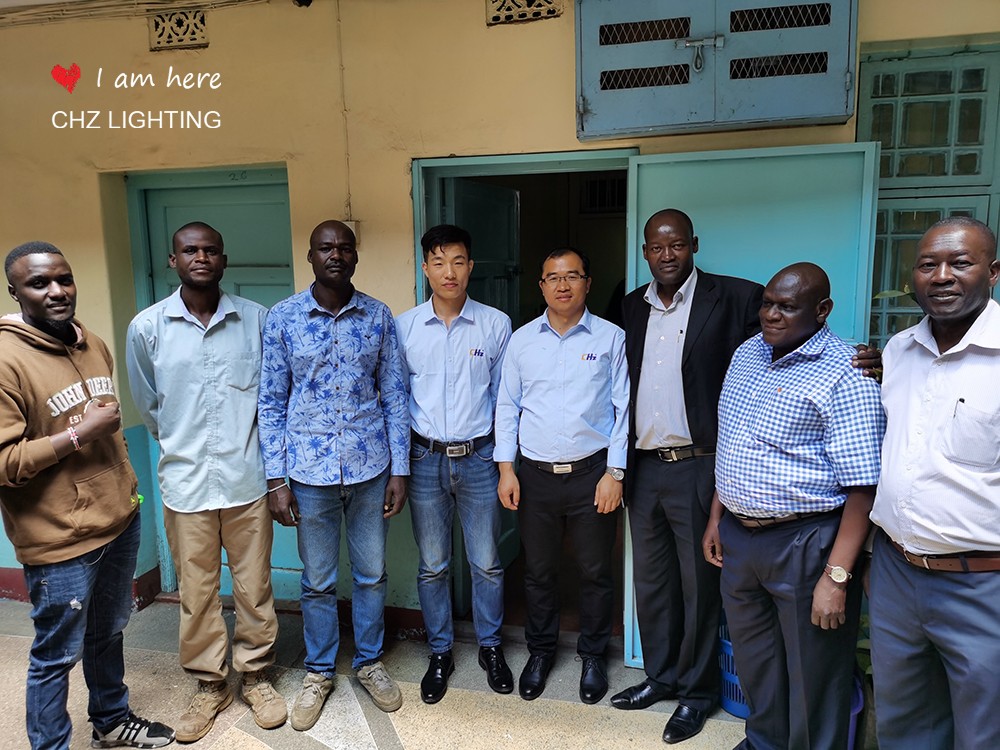