Uruguay is located in the southeastern part of South America, on the east bank of the Uruguay and La Plata rivers, borders Brazil to the north, Argentina to the west, and the Atlantic Ocean to the southeast. Uruguay is known as "South American Switzerland" because of its beautiful natural scenery and stable social environment, and because of its gem-like shape and rich amethyst, it is known as "the country of diamonds".

Montevideo, the capital of Uruguay, is located in the lower reaches of the La Plata River, on the edge of the South Atlantic Ocean, across the river from Buenos Aires, the capital of Montevideo, Argentina. Montevideo is one of the most beautiful cities in South America and is known as the "Switzerland of South America". The city has beautiful scenery, clean streets and tree-lined trees. Because it is located in a temperate zone, with a pleasant climate, fresh air, trees and evergreen flowers, the city has a reputation as the "City of Roses".

Montevideo is divided into two parts: the new city and the old city. The old city retains the architectural style of the Spanish colonial rule. It is centered on the Syntagma Square with a Catholic church built in the 18th century. The new city is lined with modern high-rise buildings, and on Independence Square stands a bronze statue of the national hero General Artigas on horseback and his mausoleum. Near the square are the modern Salvo Mansion and the magnificent Sollis Theater, as well as the Natural History Museum founded in 1873. 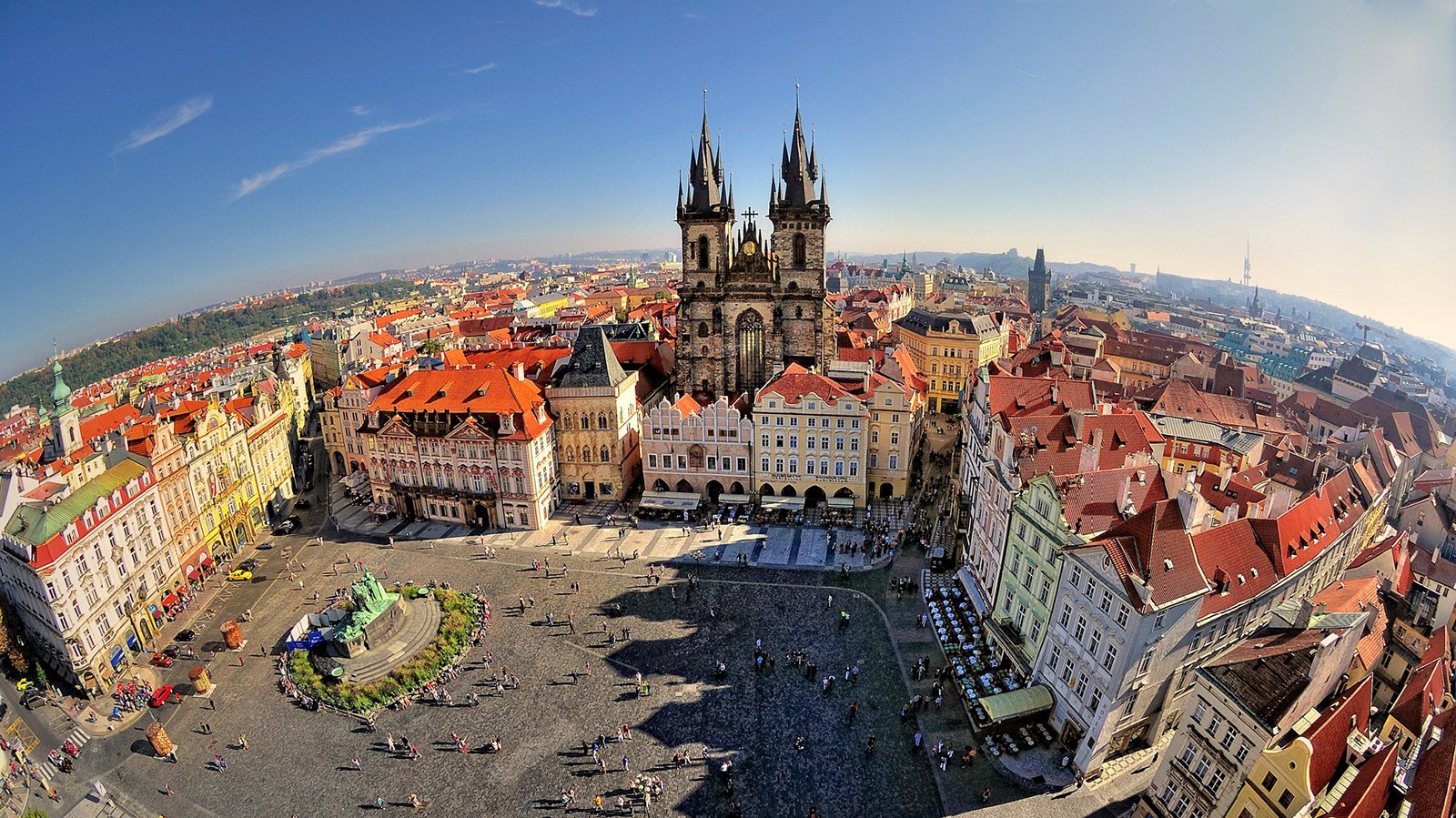 In order to save power, Uruguay has also begun to use LED street lighting in batches for urban road lighting construction and transformation. Our company cooperated with local engineering companies in Uruguay to participate in bidding activities and successfully won bids for many urban road construction projects. Recently, our company won the bid for the new road lighting project near the new market square in Montevideo, the capital of Uruguay.

For this project, we chose ST25 street lights according to the project bidding requirements. The street light is a product developed by the company in 2018 and has been very popular since it entered the market. This street light uses PHILIPS 5050 lamp beads, INVENTRONICS’ CLASS II driver (0-10V dimming), and uses TYPE II lens to achieve a good lighting effect; in order to achieve the lighting effect specified by the municipal government, at the same time the  street lighting ST29 is selected, which is a new product developed by our company in 2019. It has passed ENEC/CB and other quality certifications. The luminous efficiency reaches 130LM/W or more, and the protection effect reaches IP66/IK10. It is the best in the same kind of products. Widely praised by customers.

The roads in the square are all two-way two-lane, with a road width of 8 meters and a light pole height of 7 meters. Some roads are equipped with lights on both sides, and some roads are equipped with lights on one side. The distance between light poles is 35 meters. We have designed different powers to reduce the energy consumption of street lights as much as possible on the premise of meeting the lighting requirements of the road, and achieve the purpose of energy saving and emission reduction. The average power of the road is only 60W, which reduces consumption by more than 70% compared to HID street lights on other roads, and the lighting effect is much better than HID. 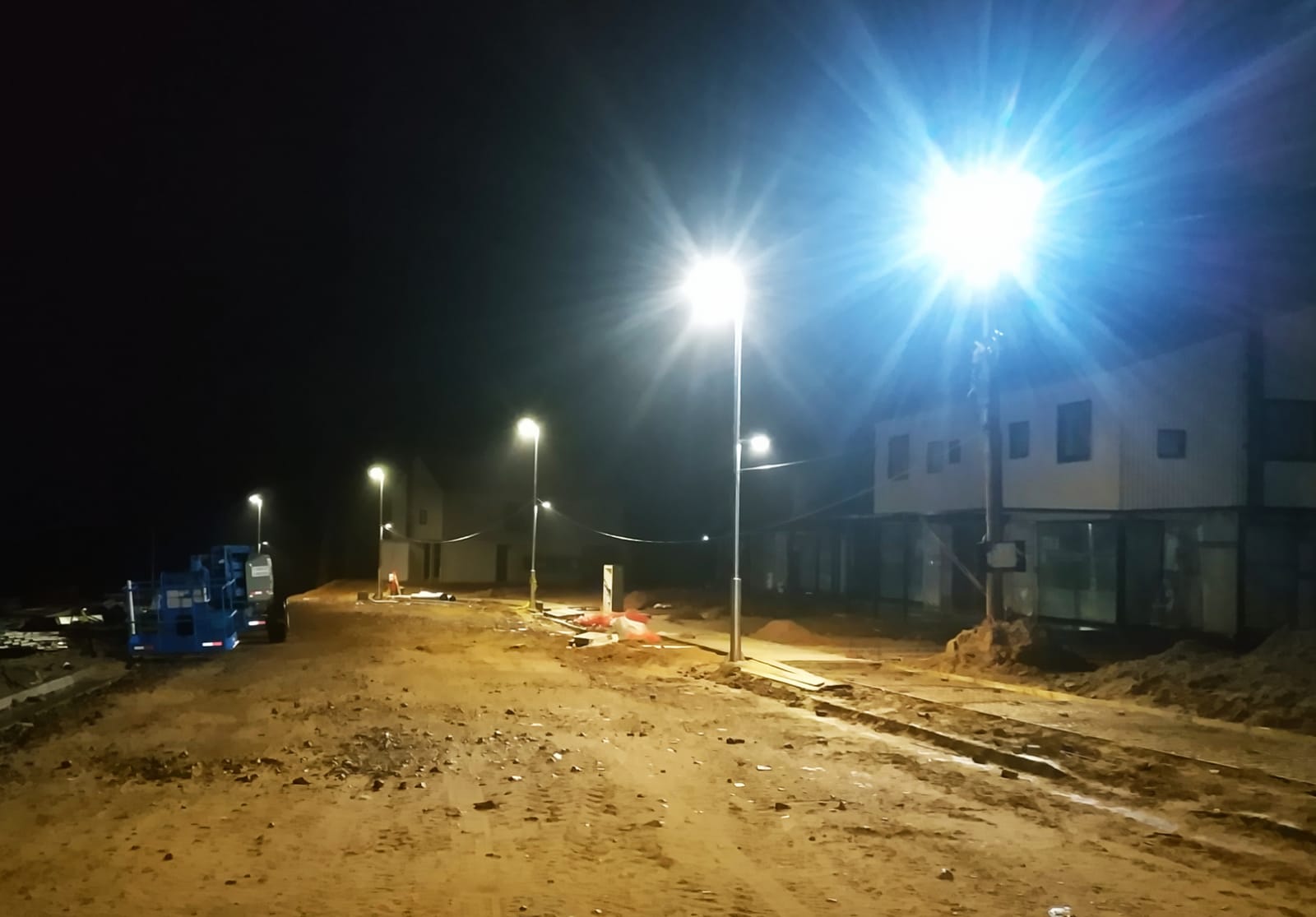 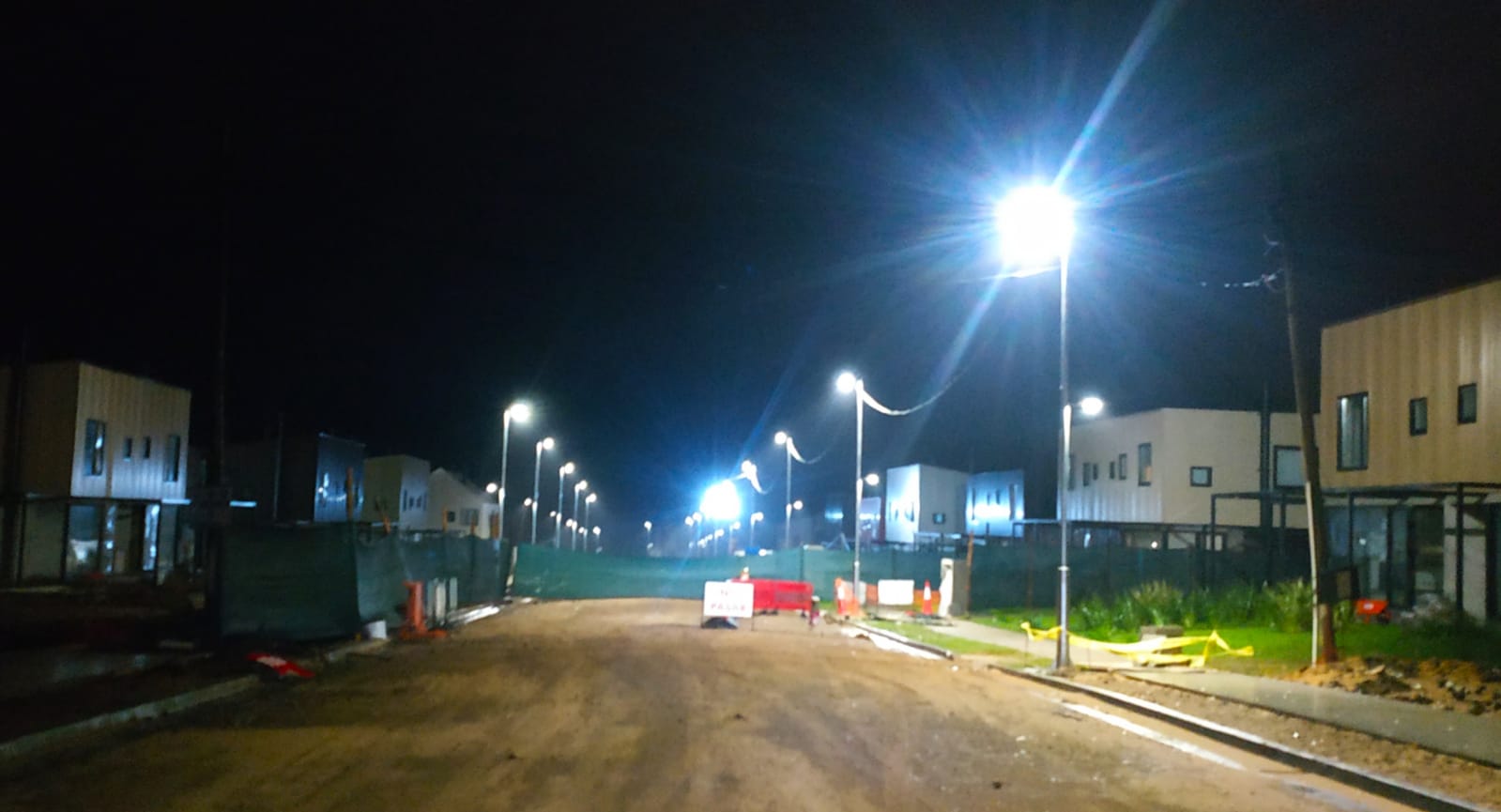