"I have the opportunity to have close communication with the General Secretary, and represent more than 82 million individual industrial and commercial households across the country to tell the General Secretary the difficulties we encountered and the story of overcoming them. At this moment, my heart is not at peace!" At 22:00, July 21 At 02, the reporter finally dialed the cell phone of Zhao Xianzhen, the general manager of Shanghai Pinhai Hotel and the party committee secretary of the Mobile Party School in Nanxiang Town, Jiading District, Shanghai. She was extremely excited on the phone. 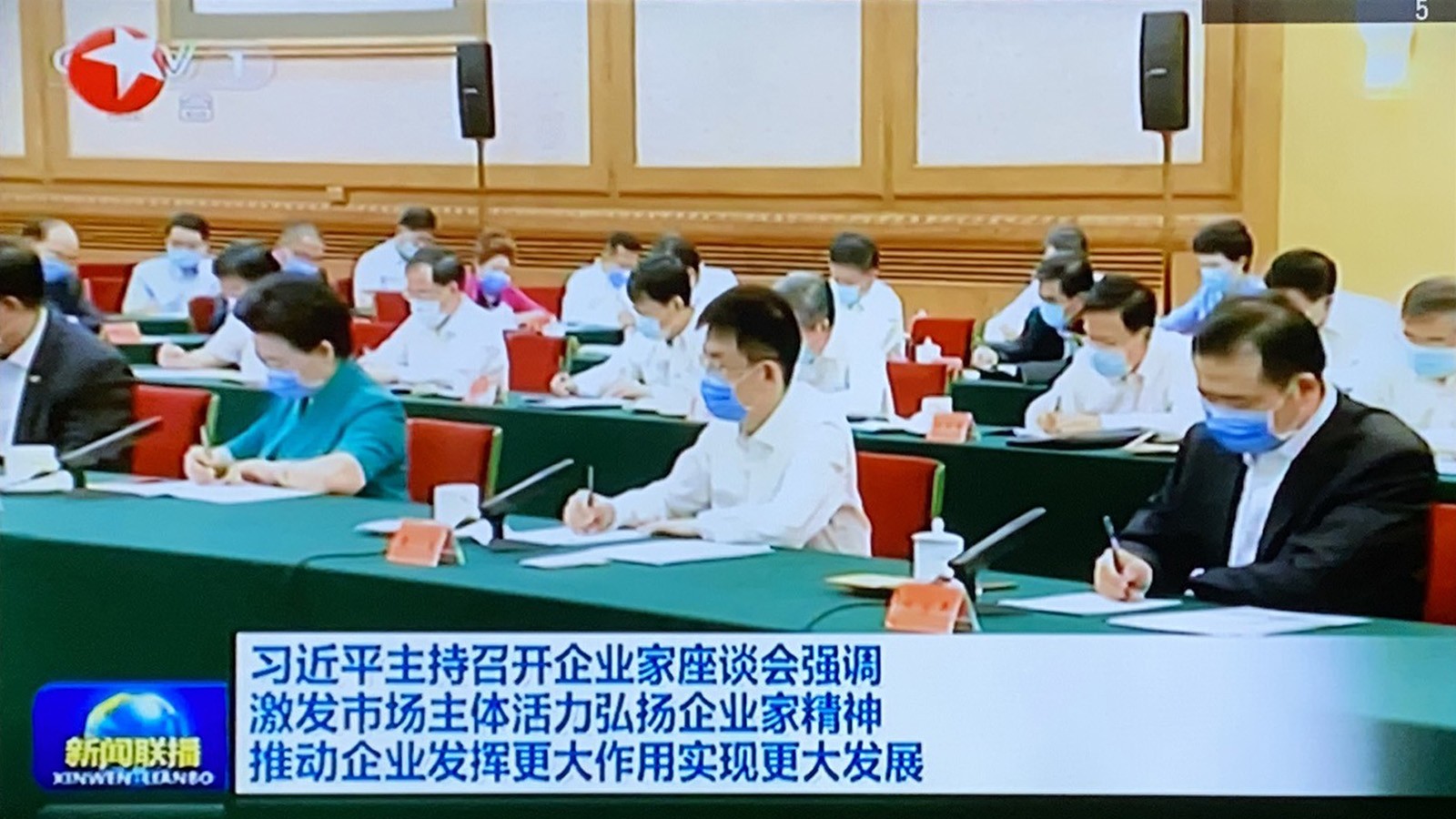 In his speech, Zhao Xianzhen said that some time ago, the Shanghai Private Economic Association conducted a survey on individual industrial and commercial households throughout the city. "The survey found that relatively reduced customer sources, high rent pressure, and limited purchase channels are common problems faced by individual industrial and commercial households."

Zhao Xianzhen said that during her speech, the General Secretary listened very carefully and asked questions from time to time. Zhao Xianzhen mentioned that during the epidemic, she established a "women's home" in the Nanxiang Market in Jiading District, Shanghai. "The general secretary asked me, what is a'women's home' and what do you do? I said that there are nearly a hundred women self-employed in the Nanxiang Market. During the epidemic, business was weak. I looked at them with sad faces and felt very worried. As their confidant elder sister, I set up a'Women's Home' to chat with them and talk about their hearts, so as to relieve their boredom and help everyone overcome difficulties."

"You can create happiness through your own hands"

Zhao Xianzhen, born in 1959, became a "vegetable girl" at the age of 15, became a self-employed business owner in her 20s, a party branch secretary in her 40s, and a party committee managing more than 450 mobile party members and 13 party branches in her 50s. secretary. Zhao Xianzhen told reporters on the phone: "I was born in a poor peasant family in Jiading District. My elder brother had meningitis at the age of 3, and my younger brother had eyes disabled. My mother was crying all day long. After more than ten days of high school, I resolutely dropped out of school and helped my mother farm. , Selling vegetables."

At that time, there was only one 28-inch "old tank" bicycle and two vegetable baskets with Zhao Xianzhen. Every morning she set off from Jiading and rode to the city to sell vegetables. "After the reform and opening up, I saw some farmers around me set up shops and factories, started business, and gradually became wealthy. I think they can do it, and I can do it too! In 1994, I went to Jiading Nanxiang to open a deli. Become a self-employed business owner, and later pooled money to open a restaurant."

Relying on sincerity and integrity, Zhao Xianzhen managed the restaurant conscientiously and in a proper manner, attracting a large number of repeat customers with low prices and good taste. The business grew bigger and bigger, and he embarked on a road to success for individual industrial and commercial households. "The ups and downs along the way made me truly realize: Happiness does not fall from the sky. I firmly believe that only through my own hands can happiness be created. Life is better, and I must give back to the society."

Nowadays, Zhao Xianzhen is the "good daughter" of the widowed elderly. For more than 20 years, he has provided coolness to the elderly in summer and warmth in winter. Every year, he invites the elderly to eat New Year's Eve dinner in his restaurant; he is a "good mother" for poor children. For more than ten years, she has helped more than 80 poor children complete their studies; as a "good neighbor" in the eyes of the neighbourhood, she has helped more than 30 extremely poor families to tide over the difficulties; as a "good sister" on the road to entrepreneurship, she believes that peers are not enemies and start a business Help as much as you can on the road. "After decades of ups and downs, I sometimes feel tired and want to take a break, but thinking of the difficult days in the past, I am full of energy."

When attending this entrepreneurial forum, in addition to speaking time, Zhao Xianzhen was immersed in taking notes, “I will keep in mind the instructions and requirements of the general secretary, and continue to lead individual businesses, party members, women and sisters to work hard together while running a good hotel. Work hard, take responsibility, and contribute your own strength!"