What Are The Advantages Of Outdoor Led Street Light?

What Are The Advantages Of Outdoor Led Street Light?

The LED street lights is applied to the street lamp through the special light shape design of the LED street lights, which can offset the luminous angle of the lamp and improve the lighting utilization rate of the roadside; according to the rectangular aspect ratio, the aspect ratio can be 2: 1 light spot, so that there will be no shadows between adjacent light spots, and a bright light band with uniform illumination can be formed on the road, which is more in line with the current lighting design of traffic roads, without the need to increase the height of the light pole. It satisfies a wide enough illumination range, and also improves the lighting efficiency of the lamps and reduces the lighting power density of the road, so as to truly achieve energy saving and green environmental protection. The high-power Outdoor LED street light is used for road lighting. Compared with the traditional high-pressure sodium lamp, it has nothing Comparable advantages:

1. The light-emitting mechanism is different. Because outdoor LED street light are a kind of semiconductor device, their effective life can reach 50,000 hours (that is, the light attenuation is less than          30% after 50,000 hours), which is much higher than sodium lamps and metal halide lamps (their life is about In 12000-15000 hours).

2. Since the LED street light is a semiconductor material, there is no filament or other additional materials, so it has good shock resistance.

4. Traditional gas discharge lamps such as high-pressure sodium lamps have a preheating process when starting, which wastes energy and is not conducive to intelligent control; outdoor LED street light are essentially different in light sources, so there is no "start-up time" problem , It can work normally immediately after power-on, and can realize intelligent energy-saving control very conveniently.

8. More complete automatic control (optional): Different brightness can be set according to the needs of different time periods, which further improves the effect of energy saving. For example, the brightness is 200W at 7 o'clock in the evening, and when there are few people at midnight, the brightness is automatically adjusted to 100W, of which 60W can be saved.

At present, lighting consumption accounts for about 20% of the entire power consumption, and greatly reducing lighting power consumption is an important way to save energy. Outdoor LED street light are attracting the world's attention with their solid advantages. 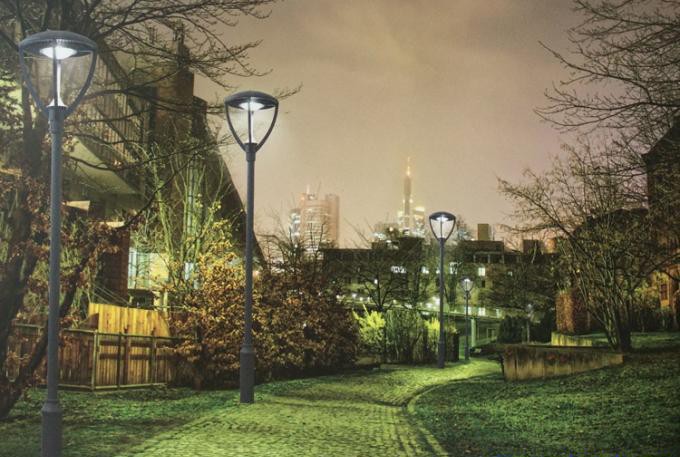