What are LED street lights?

What are LED street lights? 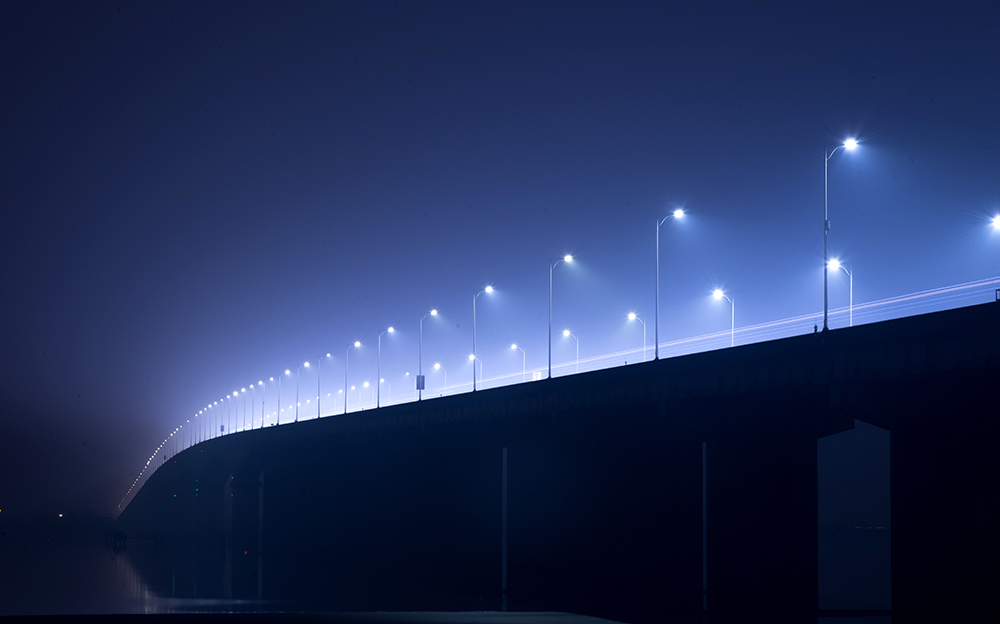 LED street lights are semiconductor lighting lights, which use light-emitting diodes as a light source. Because it is a solid-state cold light source, it has the characteristics of environmental protection, no pollution, low power consumption, high light efficiency, and long life. The difference between LED street lamps and conventional high-voltage nano-lamp street lamps is that the high-power LED street lamps adopt low-voltage DC power supply as their high source, and are high-efficiency white light diodes composed of GaN-based power blue LEDs and yellow phosphors. They are highly efficient, safe, energy-saving, and environmentally friendly. Long life, fast response speed, high color rendering index and other unique advantages, can be widely used in urban road lighting. The outer cover can be made of PC tube, high temperature resistance up to 135 degrees, low temperature resistance up to -45 degrees.

1. The light of the led street lamp is unidirectional, without diffusion, to ensure the light efficiency;

2. The unique optical design of the led street lamp irradiates the light to the required area, improves the light efficiency, and achieves the purpose of energy saving

4. LED street light has a low decay, less than 3% in one year, and it can still meet the lighting requirements for road use after ten years of use;

5. The led street lamp has an automatic control energy-saving device, which can achieve the greatest possible reduction in power and save energy under different lighting conditions at different times;

7. The quality is reliable, all components with high braking capacity are used, and each LED lamp bead has a separate overcurrent protection, so there is no need to worry about damage.

The current standard of LED street lights is generally 0.48 for the average illuminance of the road surface illuminance uniformity, and the spot ratio is 1:2, which is in line with the road illuminance. In fact, the 1/2 center light class reaches 25LUX, the 1/4 center light intensity reaches 15LUX, the lowest light intensity at 16 meters away is 4LUX, and the overlapping light intensity is about 6LUX. At present, the street lamp lens material on the market is an improved optical material, with transmittance >=93%, temperature resistance -38—+90 degrees, and UV yellowing rate without change for 30,000 hours. It has very good application prospects in new urban lighting. The depth of the dimming, and the color and other characteristics will not change due to dimming.

To develop LED street lightings, you should pay attention to the following aspects:

★A. The improvement of luminous flux also needs to be further improved from the basic level of high-power LED epitaxial technology and chip technology.

The method of making white LEDs at home and abroad is to first place the LED chip on the packaged substrate, bond it with gold wire, and then coat the YAG phosphor around the chip, and then encapsulate it with epoxy resin. The resin not only protects the chip but also functions as a condenser. The blue light emitted from the LED chip hits the surrounding phosphor layer and is scattered and reflected and absorbed many times, and finally emitted to the outside. The peak of the spectral line of the LED (blue) is at 465 nm, and the half-value width is 30 nm. Part of the blue light emitted by the LED excites the yellow YAG phosphor layer, causing it to emit yellow light (peak value is 555nm), part of the blue light is emitted directly or after reflection, and the light that finally reaches the outside is blue and yellow light, that is, white light. FlipChip technology (FlipChip) can get more effective light emission than traditional LED chip packaging technology. However, if a reflective layer is not added under the electrode of the light-emitting layer of the chip to reflect the wasted light energy, it will cause about 8% of light loss. Therefore, a reflective layer must be added to the bottom plate material. The light on the side of the chip must also be reflected by the mirror surface of the heat sink to increase the light output rate of the device. In addition, a layer of silicone material should be added between the sapphire substrate (Sapphire) of the flip chip and the bonding surface of the epoxy resin light guide to improve the refractive index of the light emitted by the chip. Through the improvement of optical packaging technology, the light extraction rate (luminous flux) of high-power LED devices can be greatly improved.

★B. Optimizing the design of LED lighting equipment to improve the quality of use of LEDs.

Therefore, it is particularly urgent to study the secondary optical light distribution design of high-power LED light sources to meet the light distribution needs of large-area projection and flood lighting. Through the secondary optical design technology, the design of additional reflecting cups, multiple optical lenses and aspheric light-emitting surface can improve the light extraction efficiency of the device. The traditional light source irradiation direction is 360°, the lamp relies on the reflector to reflect most of the light to a specific direction, only about 40% of the light reaches the road directly through the glass cover, and the other light is projected out of the lamp through the lamp reflector. , The efficiency of the reflector of the lamp is generally only 50%~60%, so about 60% of the light output is in the lamp, which is projected on the road after a loss of 30%~40%. A large part of the light output of the light source is limited to the internal heating and consumption of the lamp. Most of the light of the LED lamp is front light, which can achieve >95% luminous efficiency. This is one of the important characteristics of LEDs that distinguish it from other light sources. If this characteristic cannot be used well, the advantages of LEDs will be great. discount. Since most high-power LED lights are assembled with multiple LED chips, we need to illuminate so many light sources in different directions. We give full play to the characteristics of the chip's overall package and use lenses to solve it. Through optical design, it is equipped with different convex curves according to different needs. , Relying on the lens to distribute the light to different directions, to ensure that the large angle of light can reach 120°~160°, and the small one can concentrate the light within 30°. Once the lens is finalized, the same kind of lamps can be guaranteed under the premise of the production process. The light distribution characteristics of the two have reached the same level. It is completely possible to make LED street lights meet the batwing light type required by road lighting standards through repeated trials and continuous summing up of experience. Tunnel lights, street lights and general lighting have reached the lighting requirements of their respective application places.